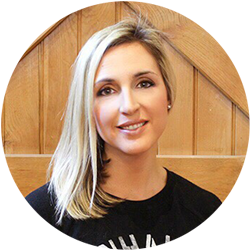 Well, it's happened again. HubSpot has rocked my world, but what was I expecting? 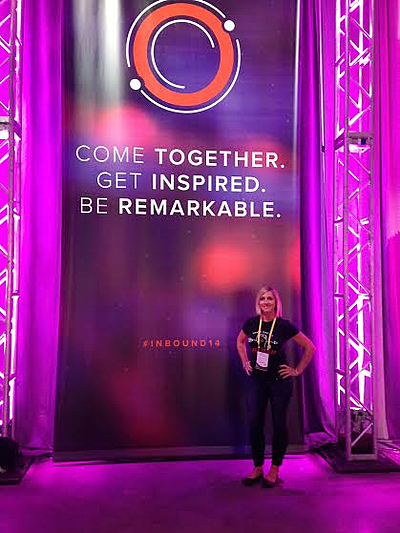 I came to HubSpot's Inbound 2014 at the BCEC in Boston with five of my favorite Stratus Interactive team members (Kymberly Robinson, Shetal Shah, Jennifer Greenjack, Brett Robinson and Blake Pena) and over the last four days, I absorbed the kind of inspiration and inbound marketing expertise that only HubSpotters can provide.

I met some awesome people and we shared our inbound marketing success stories, agency challenges and frustrations, and lots of laughter. The flow of ideas, intel and enthusiasm has been electric.

So has the partying. No seriously, when you come to Inbound, don't expect to sleep much. Between the happy hours every night, the live concerts, the dinners, and the after parties, there really isn't much time for shut-eye. Even though sleep feels good, hanging out with all these INBOUND'ers is way better.

Sure I may be in a slightly comatose state for the rest of the weekend, but it has all been so worth it.

Here are some of my favorite Inbound 2014 moments (in no particular order):

Folks, this guy isn't a Platinum Partner by accident. Paul broke down the fifteen ways he's created a highly profitable and successful business, PR 20/20. What makes HubSpot's Partners so unique is their willingness to share advice and guidance with other Partners. It's coopetition at its finest and I am grateful for Paul's transparency and candidness. Thanks Paul!

My 10-second hug with Dan Tyre

In Simon Sinek's Keynote speech (more on this in a minute because he totally CRUSHED it), Leaders Eat Last: Why Some Teams Come Together and Others Don't, we Inbounders were challenged to give 6-second hugs and experience the connection an extended hug can create. So of course, when we ran into Dan outside later that evening, I asked if he wanted to test the theory (honestly, how often you get the opportunity to give Dan Tyre a six-second hug?). Not to brag or anything, but it was easily a 10 second hug. So in total, not that I was counting, I got two fist bumps and a 10-second hug from Dan in a 3 day period. I'd call that success.

Dinner at Salvatores with Kevin Linehan, Jill Fratianne (aka Miss Spicy Legume herself), and a crew of about 25 other HubSpot Partners

I had the pleasure of meeting some of these folks back at HubSpot's Partner Day in April, but this setting gave us all a chance to really connect on a personal level over wine and Italian food. If any of you know Kevin, he's not exactly a wear-his-heart-on-his-sleeve kind of guy, so it was a true pleasure hanging out with my favorite Channel Account Manager in such a relaxed and warm environment. And to top it off, I also learned the beans-and-hot-sauce origin behind Jill Fratianne's "@spicylegume" pseudonym and really still can't believe I'm not the only one who revels in the delicious simplicity of mealtime beans. Jill, you have my bean-lovin' heart.

I'll be perfectly transparent here: I didn't know too much about Simon before INBOUND 2014. I wasn't really sure what to expect from his keynote. But man, he hit a home run in my book. His talk, Leaders Eat Last: Why Some Teams Come Together and Others Don't, was powerful. I strive to become the kind of leader he champions, one that would fall on the sword to save her team, one that inspires a feeling of safety and security in the workplace and promotes an environment where other leaders can be born and nurtured. His stories, examples and advice are definitely not the typical blah, blah, blah leadership development spiel you've probably heard a hundred times before and for me, he was a shining star in my INBOUND experience.

On Wednesday night, HubSpot's executive team shut down Legal Test Kitchen for a private Partner party... and party we did. Among the crowd was Brian Halligan, HubSpot CEO and Pete Caputa, founder of the Partner Program, and they were wearing their party hats too. God bless the bar staff at LTK because we kept them busy. Let's just say it's a really good thing this all went down on night three of INBOUND and not night one, because day four was no picnic.

The HubSpot team who planned INBOUND 2014 gave us a great schedule of fitness options every day of the conference. On Tuesday, Shetal, Jennifer and I met on the The Lawn on D at BCEC and sweat our butts off with a whole crew of other Inbounders. It was overcast, 6:30amm and the lawn was soaking wet, but we put in an hour of hardcore work and it was so much fun. There was a massive sound system set up, so it kind of felt more like being at a concert than an exercise class. Somehow HubSpot even knows how to make early morning exercise fun!

Hmmm, how do I accurately describe this very unexpected after-party experience? Words really don't do it justice. If you're in Boston anytime soon, just go see them! After dinner at Salvatore's on Tuesday, we went back to the convention center to see what was brewing and surprise, surprise, we stumbled upon a massive outdoor after-party featuring Wildside rockin' out.

Full disclosure: my mom raised me on hair bands and they'll forever hold a special place in my heart. But maybe the best thing about Wildside is that their lead guitarist, Andrew Quinn, is actually the Director of Training and Sales Development at HubSpot. I really wasn't expecting leopard print pants, spiked leather, teased hair and Bon Jovi to be part of my INBOUND 2014 experience, but hey, why the heck not? 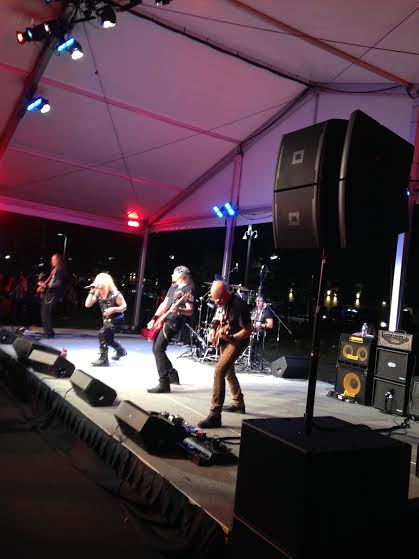 I'm gonna channel my former southern self here... HUBSPOT ROLLED OUT ITS VERY OWN CRM, YA'LL. I am pumped beyond explanation about this one because this new CRM is extraordinarily forward-thinking and easy to use. One of the coolest things about the folks at HubSpot is that they not only listen to the feedback, concerns, and suggestions of their Partners and customers... they actually act on it. They invest in improvements. They commit to upgrading their offerings and they exceed expectations. This CRM is all but eliminating the cumbersome and manual nature of typical CRMs and provides a simple yet beautifully robust platform that sales people will actually fall in love with. Oh, and did I mention that it's free?

I could go on and on because, really, INBOUND 2014 was just four straight days of unforgettable events, memories, friendships, and fun. But I have work to do people! I've been out of the office for four days! I'll sign off with one massive, giant, exponential THANK YOU to HubSpot for giving Partners like Stratus Interactive the immense opportunity to be part of something so powerful.

And one more equally huge thank you to all the incredible breakout and Partner Track session speakers who gave so openly and enthusiastically for four days straight. Oh, and finally, one more thank you to all the Inbounders who stopped by Stratus' booth and tweeted about our Beer Friday t-shirts and other sweet Stratus swag! You are all awesome and I hope to see you at INBOUND 2015! 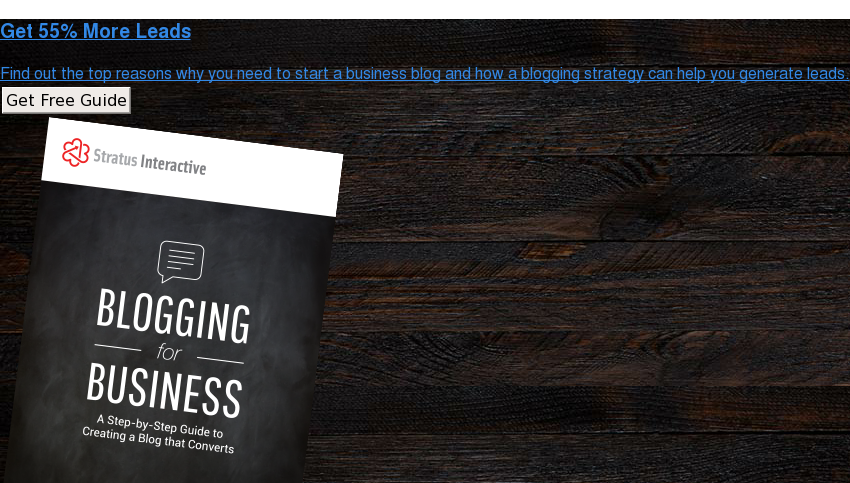 In life I crave relationships and honest connections with people – I use this unwavering need for human interaction to make Stratus Interactive a strong, growing and culture-focused agency. When I see an opportunity to educate, guide or solve, my strategic wheels start turning- challenge accepted. New business development and account strategy are my two areas of focus and I’ll go to my grave undecided on which I love more! The feeling of helping a prospect understand how we can solve their pain and problems and make them successful is beyond-fulfilling, but then again, the feeling of collaborating on a strategic plan and seeing it produce measurable results is a thrill all its own. I’m so grateful to work for an agency like Stratus that allows my individual and professional strengths to thrive instead of having to choose between these two great loves! Besides my Stratus life, I have one husband, one dog, one toddler and one bun in the oven (due 2016!). I’m a wine enthusiast (as in I love drinking wine), not-so-mildly-obsessive photo-taker and photo-album maker, and I get abnormally excited about grey, cloudy days. I hope I have a chance to build a relationship with you sometime soon – feel free to call, social or email me anytime! See all Lisa McDermott's posts.